you see that kinda lying a lot. e.g. b4 that there was an OK play – nothing very special – being hyped up as an INSANE play at LENGTH

they just figure if they SAY things are great, ppl will believe it without checking

anyway Khaled is so basic and transparent and no one would be impressed by anything he did so far if he was low status.

and i’m thinking why is he on stage, getting paid the big bucks? and the audience, will kinda passive about the interactions, i think mostly does like him and a lot of them did some halfhearted, belated participation (he just kept doing it for minutes)

answer: THEY ARE BLUE PILL. they would never think of his story as a DHV story, they just take it at … not face value, but the value assigned to it by the social rules they utterly obey but never speak of

earlier the overwatch league commissioner was on for a bit and he said some bullshit about how great the audience and fans are. then he said: [but i’m not just saying that to pander, it’s true]. and they fucking cheered him for doubling down on his lying so blatantly

saying forms of “i’m not just lying” is common. and ppl believe it or something, even tho it’s only said when one would normally be suspected of lying, and it has no substance and any scumbag liar can easily say it.

they rarely use the word “lying” tho. mentioning lying would make it seem like they were lying. he didn’t say “pandering” either. i forget what he actually said

and somehow that is socially calibrated and impresses ppl. what a culture…

NAWALT. and not all announcers are like that, either? he’s not. he said so!

Khaled is spending more time promoting himself than anything else

and ppl r impressed. cuz he promoted himself. so they see him as high status.

the promotion is working on them. he’s doing it to their faces, as part of the show

he’s worse than a fucking politician

he said he’s pro-God too

his music doesn’t speak for itself. he spends a large portion of his stage time SAYING he’s exciting.

now he’s pro New York. the show is in new york. then himself again.

he has ppl’s hands ALREADY in the sky then says: if ur NYer, raise hands. (are the non NY-ers gonna LOWER their hands now?)

then says if ur a fan of him, raise hands

a few are red pill, but say nothing. they’d be shouted down and hated. so it adds to the apparent popularity

the venue doesn’t allow for dissent, so you never see how many ppl ACTUALLY are fans

this isn’t even a fucking Khaled concert with his own fans, it’s overwatch fans and some of them cheer and he just pretends they are all his fans. strong frame but jeez it’s so obvious

the actual music parts are quite short. lots of DHV talking breaks.

they have shin stuff everywhere that sparkles in the dim lights and gives an impression the whole audience is into it everywhere, when actually the ppl aren’t doing anything

that’s another manipulative, fake trick. concerts try to make it look like the fans are super into it but they will pass out glow sticks or stuff cuz it’s self-serving.

he doesn’t try very hard in his dancing and only dances occassionally.

now he says he’s anti “player hating”. he has such bland causes that everyone can agree with

he said SHAME ON THEM about player haters

what a scape goat lol

not an actual well-defined group. not a group anyone self-identifies as. it just means “ppl i don’t like”

and assumes he means the same ppl they mean

lol he ends bragging with “my records are #1 b/c of you” as if he’s praising the fans, not DHVing himself

i’ve watched other concerts b4 and they were way better, with more music and more dancing. this is so boring.

i’d skip it if i wasn’t commenting

typing while it plays

he’s so repetitive. he just said again that his new record is out, and that you can go buy it at itunes

are these ppl too fucking stupid to know where to buy it? is he calling them retarded? why doesn’t anyone interpret it that way?

how much do u wanna bet half the audience would say they hate advertising?

fuck advertising, fuck commercialism, fuck big business … but DJ Khaled, bragging again about how he does (commercial) shows with JayZ and Beyonce … he’s cool and real?

he did like 5 advertisements, and some pandering that was worse than stereotypes of politicians, and that’s a music show? that ppl who say they hate politicians cheer for?

> In 2018, Khaled became the subject of considerable ridicule on social media, particularly on Twitter, after a 2014 interview resurfaced in which he stated that he would not perform oral sex on his wife. In the interview, Khaled called himself the "king" and said that he expected his wife to go down on him while refusing to do the same for her, arguing that "It’s different rules for men".[64][65][66]

heh. SJW bitches say that's so awful ... while getting wet at the thought of a more masculine man.

Two of top 3 posts on the Overwatch subreddit right now are attacking Khaled: 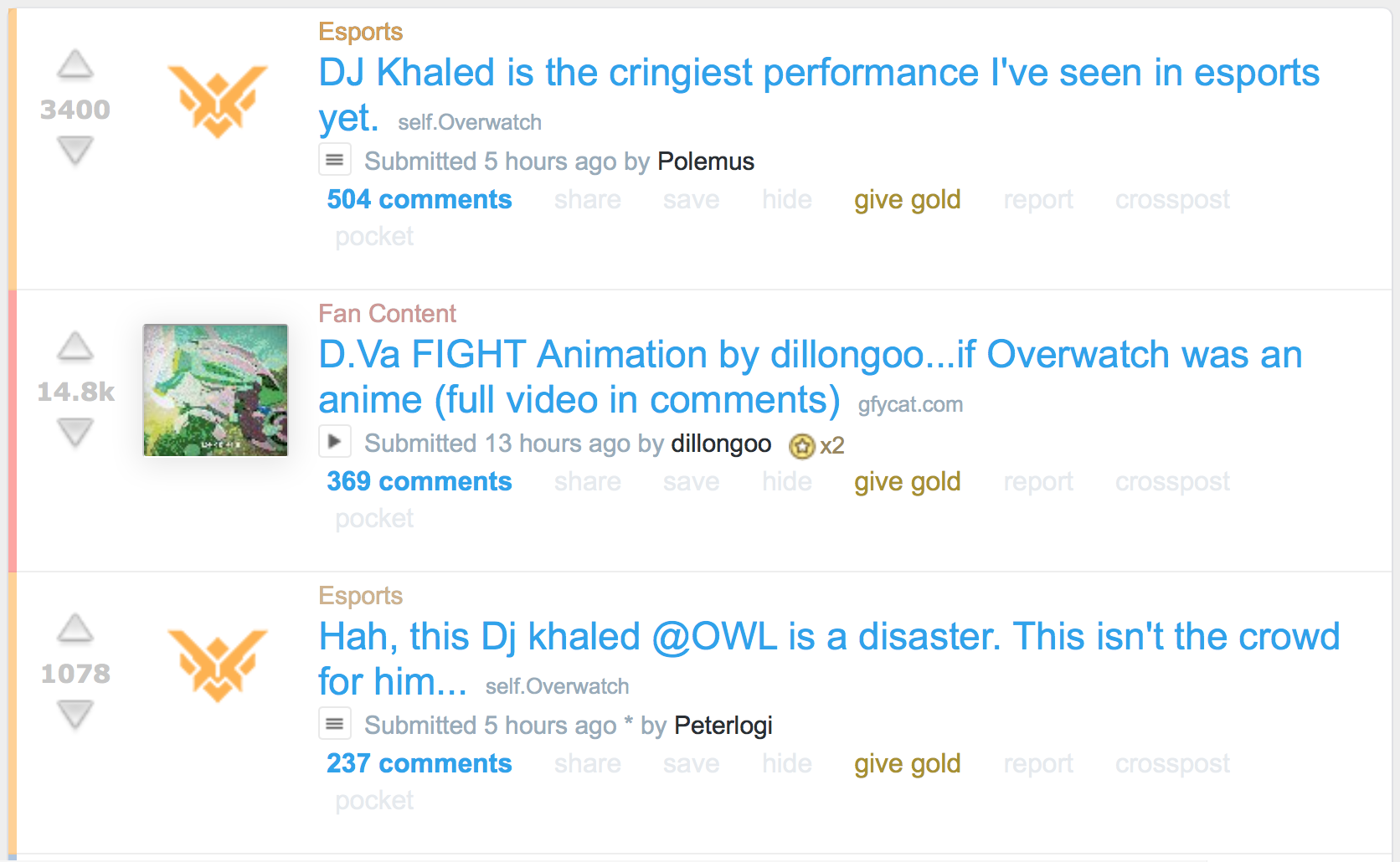 > He [Khaled] killed the energy at Coachella and got boo’d off stage at EDC Las Vegas. Idk why people keep bringing this dude in

Khaled sounds awful even by the standards of being a performer. Does he get some kinda affirmative action bonus for being a Muslim that helps him keep getting gigs?

Really great flavor profile. I was impressed. The sauce is what makes it. Best McDonald's burger i have ever had

I hate you DJ KHALEB

Fuck that talentless heap of Lard!!!

Fuck you DJ Khaled!!! I hope that everything bad in this World happens to you and ONLY you!!