[Previous] Proposal to Alter Graph Misleadingly | Home | [Next] Comments on Capitalism: A Treatise on Economics by George Reisman. Part 1

Here is a conversation I had on Twitter, in order. This is fine:

And here's my main Twitter feed. Notice how Twitter has taken the same conversation, shown it as four separate parts, which are out of order and incomplete. And Twitter put things together which don't go together (my reply to @Spiff is linked to @asymco's tweet). It's extremely confusing and terrible. 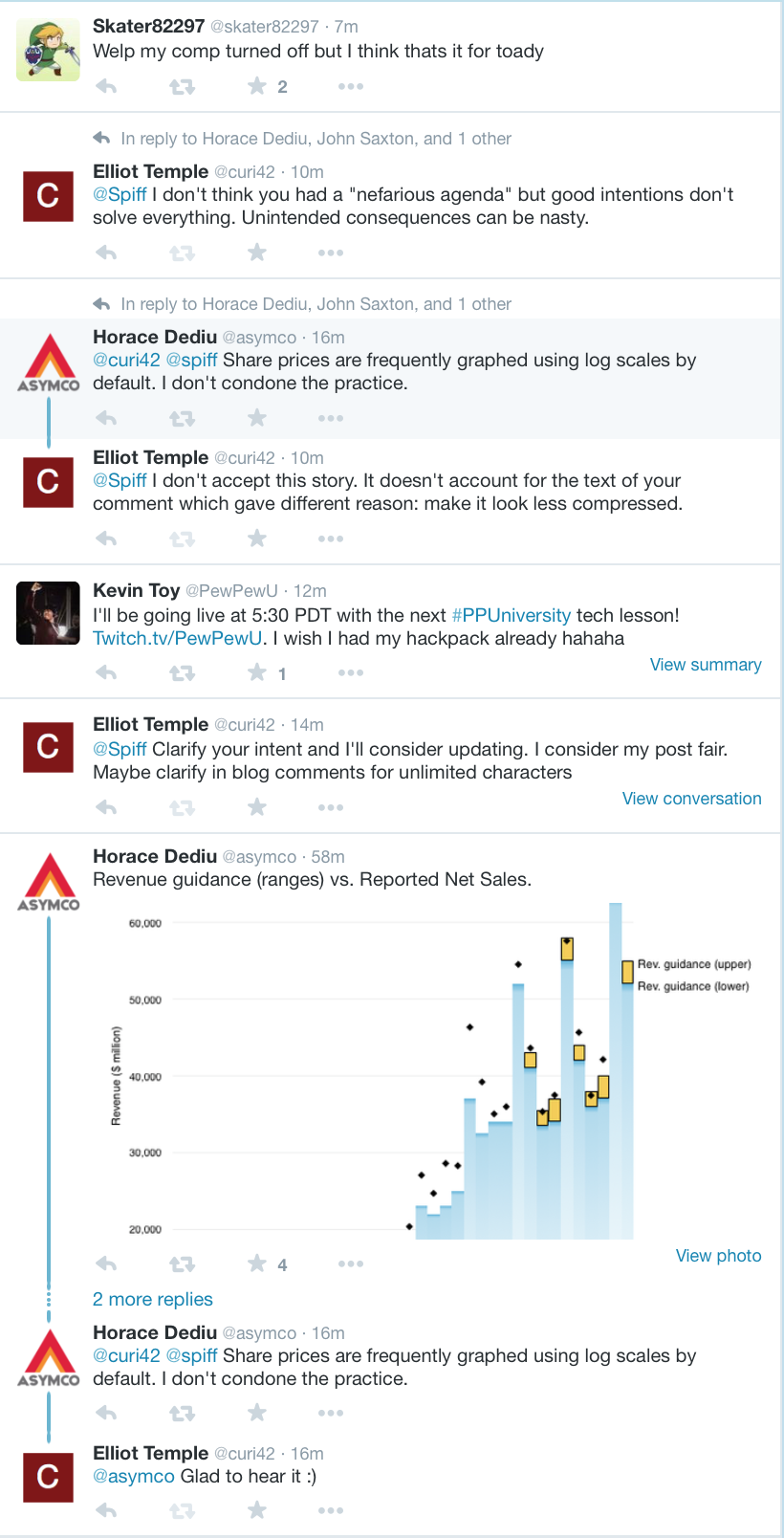 I've noticed other major problems with Twitter threading too. (Threading is how it puts together multiple tweets into one conversation. An example of an OK method is chronological order, like my first screenshot. Split into parts, out of order, with some messages omitted, is an example of a very bad method.)

Often I view a tweet which replies to something, but when I click through to details I cannot see what it replies to. Ugh... Twitter please get your act together. (Or better yet, someone make a better website and replace Twitter. Thanks in advance.)

Here is an example. Ann Coulter replies to someone talking about a school censoring "this word", and suggests "raghead" instead. But what word was it? I don't know and there's no reasonable way to find out because Twitter's threading is broken: it doesn't show me the prior tweets in the conversation.
Elliot Temple on February 12, 2015