There is a Facebook group about Ayn Rand with 7000 members. I just got banned (I saw this coming and it wasn't valuable anyway). I was trying to post about how Reason is Urgent; Now or Never, which has four Ayn Rand quotes and discusses Objectivist ideas like how big a problem contradictions are, which the moderator deleted, twice. You can see what happened next in the screenshots below (comments are unmoderated).

Michael Brown is very irrational. It's interesting that he controls what might be the largest Objectivist group in the world. I suspect the way he accomplished it was by filling it up with thousands of non-Objectivists (a little like Wynand's large readership): 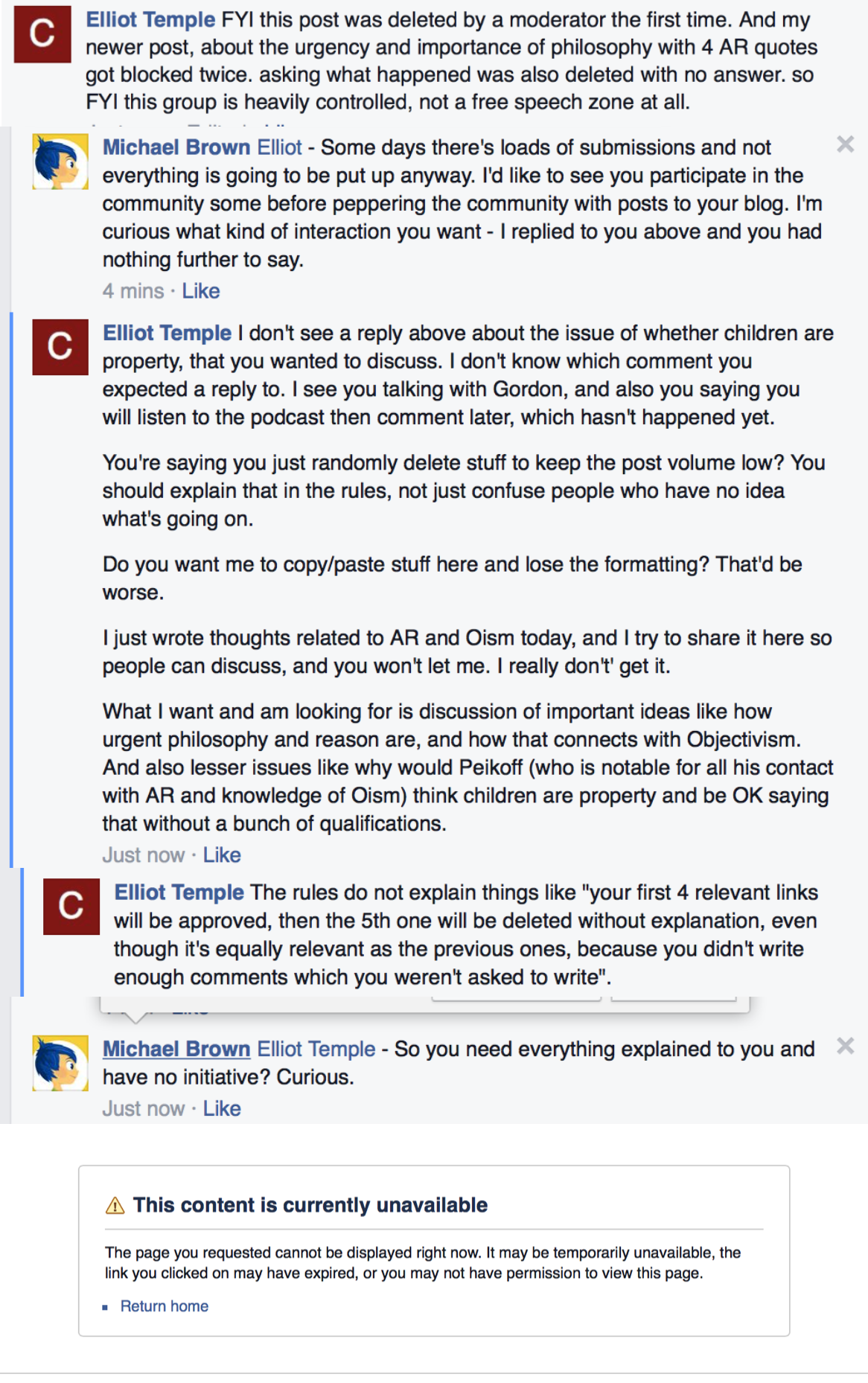 It's not surprising that if you spam your blog, he will think you're a blog spammer.

Many Group owners are autocratic !!

A lot of groups care about the number of people in the group than the quality of the discussion. The admins are egoistic and don't like being told they are wrong. They delete posts that they don't like as and when they please without reason.

Posts from Hitler seem like low quality discussion. So it's time to start the censorship. You agree, right?

seemed true and i didn't have anything to add. jeez didn't know you were so sensitive

michael brown's last message was just so fucking terrible to me. it would have been better if he said "fuck you" i think. im not sure whats going on that makes me think its so terrible.

i think its like: hes not answering anything that curi said.

he took the initiative to read the rules and explain his problems with the rules.