I tried to participate in a reddit AMA ("ask me anything") for Ann Coulter. I was immediately banned: 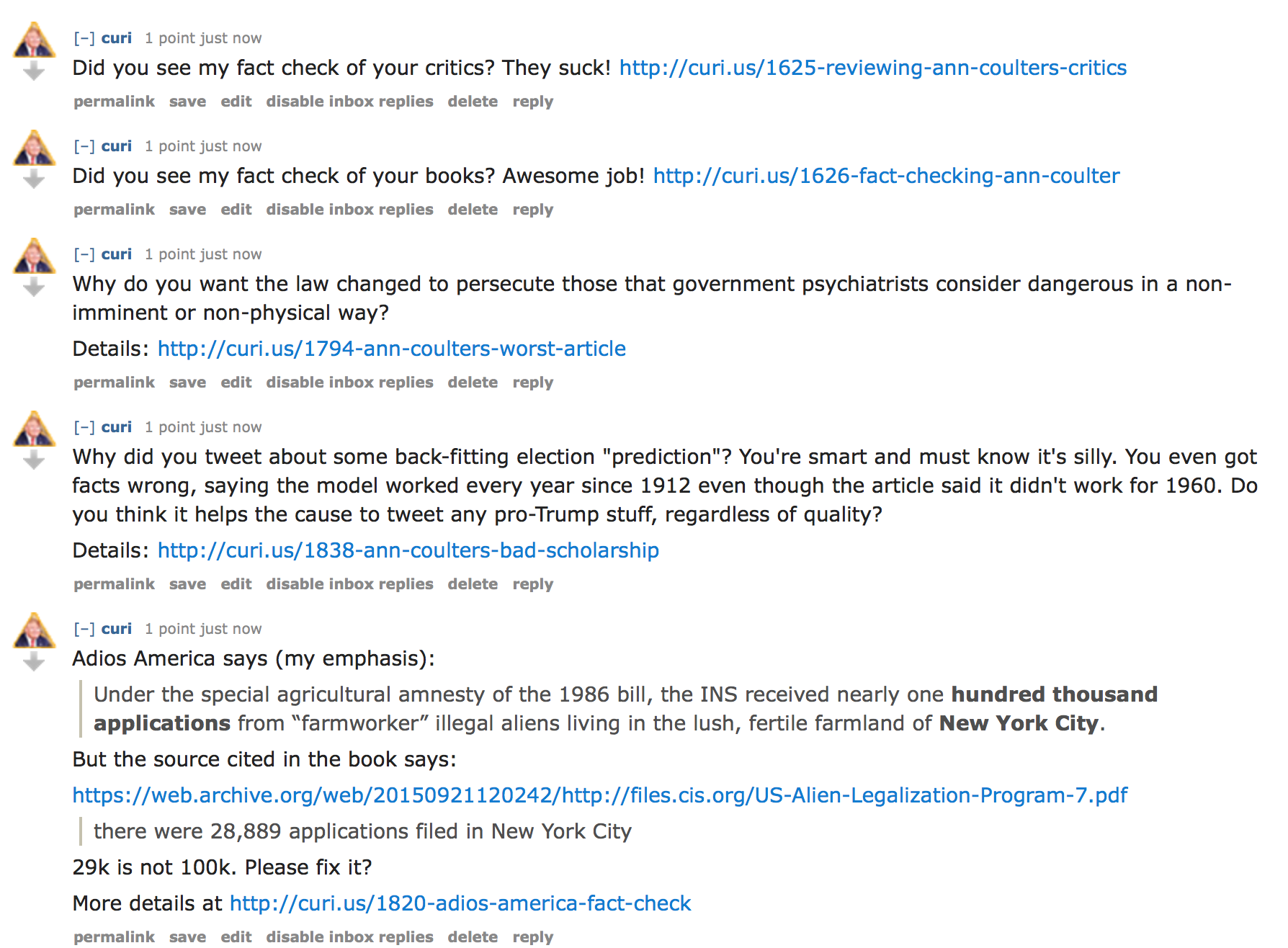 That's everything I said. Then:

A few minutes later the moderators changed their mind and made it a permanent ban because, apparently, I'm a "moron". (I had said nothing further.) What's moronic about doing fact checking and research regarding Ann's writing? I found a clear error in Adios America which should be fixed. Instead I get banned:

Some people just don't like criticism. More so if you bombard them all at once.. Some people want others to sugarcoat their criticism.

It's not like Ann Coulter was offended. It was some moderators who were not the ones being criticized. And 2 of the 5 comments were positive.

Did you try posting the link but this time only once ?

No I didn't ban evade on a second account.

I have yet to learn to cope with the pain of being blocked or Banned. I get really angry and try to create multiple accounts/IPs with different names to blitzkrieg that group.

You don't seem very good at that, though, Someone. :P

What do you mean by that ? How do you know if I am good or bad at something ?

Why do you get angry when you get blocked/banned?

If you want to deal with places like reddit that have bad mods, try posting at a lower rate. Posting 5 times at once looks like spam to a dumb mod.