Sucking In Your Gut

A few days ago, my female friend mentioned that most females suck in their gut, a lot of the time, in order to look thinner. Women are actually relieved that they don't have to do this while pregnant and say: The best part of being pregnant? You don't have to suck in your gut! 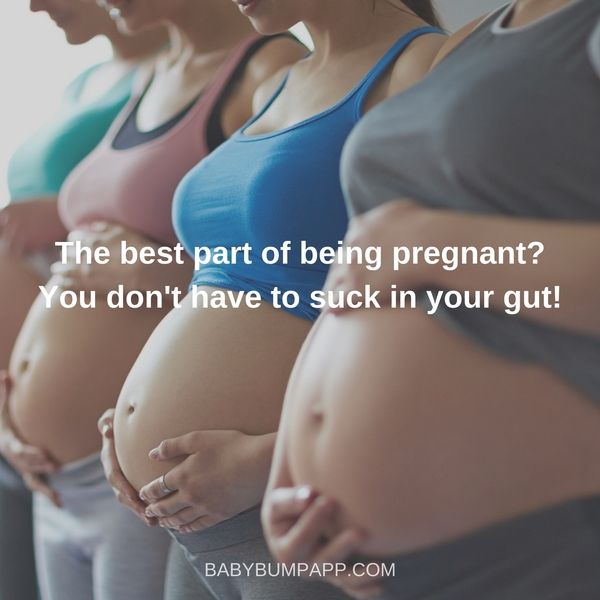 I didn't know women were sucking in their guts all the time. She said she would have told me sooner, but it's so common that she assumed I already knew...

After investigating online, we discovered that many men do it too. Lots of people write on Reddit about how they are so used to sucking in their gut that they don't even notice or think about it anymore. And many women were told to suck in their gut by a mother or grandmother. Samples: 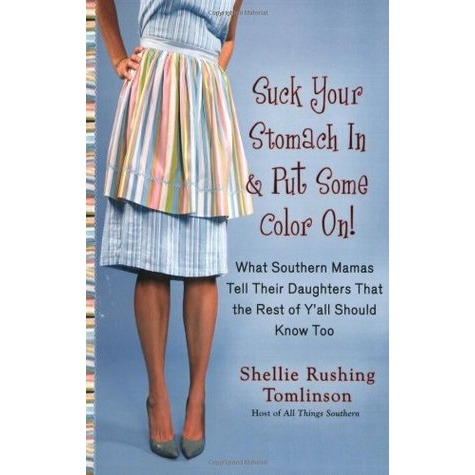 When I was 12 years old, my grandmother saw me one day standing with my belly hanging forward. I was not necessarily fat, or bulky, just in my "childhood innocence" I had enough courage to walk around without tensing my gut or holding my abs.

My granny got extremely upset at me, and with one sentence of:

"Young woman should never look fat. Suck that belly in."

People even believe it's disrespectful not to suck in your gut:

I was always taught to suck in my belly and stick out my chest when I'm outside especially when I'm talking to people. Shows that you care about how you look and thus means respect to the person.

Many women claim they don't wear makeup, as if that meant they weren't shallow. But those women often dye their hair, blow dry, get stylish haircuts regularly, wear red lip gloss, use scented soaps, wear uncomfortable shoes and fashionable dresses, check their appearance in the mirror before going outside, and suck in their guts.

I disagree. I think most women spend more time sucking in their gut and adjusting their makeup than thinking about programming or math. There are fewer women qualified to be programmers, but it's not due to genetics, it's due to what they pay attention to during their lives.

Why do women focus on social issues like sucking in their gut? Most of all, because their mothers told them to. Secondarily, yes, people are mean if you don't look and act how society expects you to. (For example, people make fun of shoes with individual toes. And in the recent past, and still somewhat today, many women didn't wear glasses because they cared more about their appearance than being able to see.)

Women also spend lots of time trying to get along with people in social situations. They try to be friendly and appealing, and avoid conflict. This takes a lot of attention away from topics like programming, which are unrelated to thinking about people and social dynamics.

Men suck in their gut too and also put effort into their appearance and pleasing others in social situations. But not as much as women. That's a very old cultural difference between the genders. Men are more encouraged to take risks and more allowed to be outliers. Women are more encouraged to conform and fit in. (BTW, women do the majority of parenting and school teaching. It's not the patriarchy which is oppressing little girls.)

Some parents now try to avoid pushing a gender role on their child. But they make a mess of it. They don't know how. It isn't trivial! There are complicated intellectual issues here. In order to have much control over what effects you have on your child, you need a very sophisticated understanding of culture, tradition, communication, learning, authority, power imbalances, anti-rational memes, voluntary action, consent, and more. It takes lots of philosophical skill.

As one little example, parents may not realize that telling a little girl to "sit up straight" can encourage her to suck her gut in, and that they say that slightly more often to girls than to boys. Because, to their biased eyes, girls who aren't sucking in their gut look like they're slouching more than boys do. Because the girls are supposed to look thinner than that, so it stands out more when a girl doesn't sit in the socially-approved "proper" way.

So you have a choice to make. Would you rather spend your life sucking in your gut, and conforming in a million other ways? Or would you rather learn to think well?

I used to do this as a kid.

I have always done this, and suffer a lot from the discomfort of trying to look thin. I wonder if part of the reason women get a harder time than men about this is because women are afraid of “looking pregnant” when they aren’t.

Wow you got pretty sexist there towards the end. Take some time to research and understand the pressure women are under. Realize that we are actively discouraged from going into STEM fields by general society. I don't wear makeup, dress paticuarly fashionably, or suck in my gut, but I understand women who do and I support them to the fullest. Some girls do these things for themselves (makeup and clothes) and that's great! Others feel they have to because of social expectations. The very same social expectations that try to push us away from STEM! I go to a small college and I am the only woman in the certain technology program that I'm in. People like you are the reason that others and even myself feel uncomfortable pursuing such a thing. You should really rexamine your views.

Also, the implication that you can't be traditionally feminine while pursuing knowledge and education is disgusting. Think about if you were told your masculinity was getting in the way of your education. You would be outraged.

> Take some time to research and understand the pressure women are under.

The post is about some of the pressure women are under, and is criticizing that pressure. You don't seem to have understood it.

> Also, the implication that you can't be traditionally feminine while pursuing knowledge and education is disgusting. Think about if you were told your masculinity was getting in the way of your education. You would be outraged.

Conventional masculinity *is terrible and gets in the way of education*.

#13498 Sure, he attempted to address the topic, but"I disagree. I think most women spend more time sucking in their gut and adjusting their makeup than thinking about programming or math. There are fewer women qualified to be programmers, but it's not due to genetics, it's due to what they pay attention to during their lives. " is blatantly misogynistic. He hardly criticized the pressure, but rather implied that it's the fault of women when negative circumstances arise as a result of this pressure.

> #13498 Sure, he attempted to address the topic, but "I disagree. I think most women spend more time sucking in their gut and adjusting their makeup than thinking about programming or math. There are fewer women qualified to be programmers, but it's not due to genetics, it's due to what they pay attention to during their lives. " is blatantly misogynistic.

Is his statement true or false? Also, he's not saying women *should* suck in their gut and care about makeup. He's pointing out what actually happens. That's helpful information in order for people to improve the situation.

Why do you think it's misogynistic?